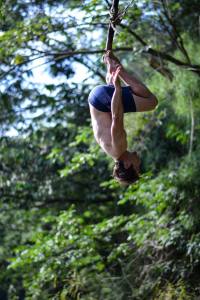 OK. So I’ve been working in Belize for the last month, which has meant I’ve not been keeping up with my posting duties. Internet access was temperamental, time was limited, etc., etc. But I fly back to the U.S. in a few days (currently hanging out on one of the most beautiful beaches in the world), back to my car (parked just north of Seattle), and figure out whatever is next.

And honestly I don’t have any real idea what is next for me. I had thoughts of staying out west, but over the last month a number of things have been calling me back to New England. Not enough that I know I’m heading directly there, but I’m looking harder at a handful of opportunities near what has long been my home.

It feels good to have that pull. Belize has been amazing—working with American high school kids running a summer camp for Belizean middle and elementary students focused on improving their literacy skills. It was a time out, time off from the road, from climbing and adventure, time for human contact and connection and cultural exchange.

And it was an ecological exploration. Belize is home to the second longest barrier reef in the world, multiple ecosystem zones, caves, jungle, mountains and savannah. Iguanas crouch in the trees, tarantulas roam the forest floor, toucans haunt the air. I saw a manatee, two Harpy Eagles, a jaguar, held a boa constrictor, swam with sea turtles, pondered over leafcutter ants and got bitten by thousands of bugs. It was an awesome amazing trip, one I’ll be writing about more. But before that happens I wanted to share a video. My dance with sea turtles reminded me of it. At 2:25 is the job I think is probably most interesting in the world: sea turtle wrestler. Heck yeah! Lifetime aspirations! 🌊🐋 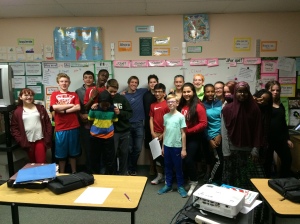 The other day I came across a news release from my alma mater the University of Southern Maine: “USM hails turnaround,” was the headline, “Admissions numbers substantially up and budget balanced for first time in years.” Classes are full, and the university is in the black. Officials were upbeat; for the first time since the Great Recession the university is making money.

USM was hit hard back in 2008. There were cuts, layoffs, changes in leadership. Officials threw countless levers in search of something capable of putting things back on track, of making ends meet. Now they finally have good news: “The number of high achieving high school graduates attending USM this fall is soaring. ‘Last year at this time 16 admitted students who were awarded merit scholarships sent us a deposit,’” a school official said. “’This year that number is 216, and we expect the numbers to climb.’” Things are looking up.

I studied at USM a decade ago, graduated in December of 2007 in the calm before the financial firestorm. Those were flush days for the university, before a lot of tough decisions and belt-tightening.

Today in-state USM students pay $253 per undergraduate credit. That’s not much different than when I was there. Out-of-state tuition, meanwhile, costs $665 per credit. One year of classes and fees costs $8,920 per year for in-state students, while out-of-states pay $21,280.

An hour away, meanwhile, at University of New Hampshire, an in-state student pays $600 per credit hour. A year of tuition costs $14,410, plus an additional $1,607 in fees. Over four years those numbers add up, and the $60,000 price tag for UNH doesn’t include food or a place to sleep. College today is full of opportunity, including for students to saddle themselves with significant financial baggage barely into adulthood.

It wasn’t always this way. The prosperity of the American Century wasn’t financed by 18-year-olds; it was fueled by public investment. In the wake of World War Two former soldiers swarmed university campuses backed by G.I. Bill dollars. A generation later their children attended low-cost state universities, another gift of government dollars. These two generations—the Greatest and the Boomers—built success out of this community investment. They prospered, and America prospered. They grew in tandem, gains forged in the fires of collective investment in higher education. We were a nation of government-funded students and state-sponsored graduates, two parallel rails that fostered America’s transition from industrial nation to an economy interlaced with technology. Today forms of commerce unimaginable in the post-World War Two years are commonplace, built by this army of first financial aid recipients. Complex derivative industries now sustain us, and the grandchildren of people born before telephones reached a majority of households are finding jobs as ap developers for smartphone companies. Such is the growth in an educated society. 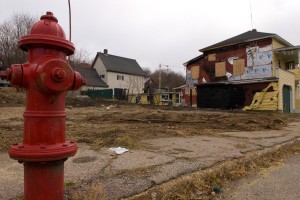 But those opportunities are becoming harder and harder to afford. Over the past 50 years education has changed. The opportunities have changed. Even as the necessity of a college degree has increased, support for obtaining one has dwindled. Political pressure has forced entities built on public investment to operate more like businesses, to focus on growing income streams rather education opportunities. School budgets once covered by government have been cut while the portion left for students to bear has ballooned. The task of educating, a responsibility once felt by all of us, has been privatized, individualized and handed off to the kids. Education has transformed into something you buy, and it’s no longer affordable.

How did this happen? How did investment in a strong workforce, with the stability and prosperity that it brings, become the responsibility of 19 and 20-year-olds? How did we so erode our public support of higher education that the costs now land on the shoulders of children?

Perhaps it is tied to the modern narrative around education. The story of school was once that of a tide that lifted all boats: No one lost by investing in education. Gains might be unevenly distributed, but society as a whole saw tremendous advancements as a result of rising standards. Better education meant better jobs, more wealth and general upward mobility. The trajectory was one of growth. Investment in education was a building block in creating middle class communities, an investment in a collective future, and a brighter one.

Today, however, that storyline is gone, replaced by a simpler tale. Today we are told education exists for the individual. It is a personal investment with personal rewards: the chance for more money and a better job. From a societal level there is little incentive to see others educated, as only the individual sees the benefits. Taxpayers, meanwhile, bear the expense. Society is saddled with the cost. For individuals college is an investment; for the rest of us it is an expense.

Such a shallow view of our society, history and economy. Education, like economics, is not a zero-sum game; with investment, the pie grows. There is no finite number of slices. Inventions like the internet and the iPhone revolutionize entire sectors, creating new opportunities and derivative markets that spill their way down the economic food chain. Exploding technologies may be built by engineers and computer programmers, but they create opportunities for accountants and janitors, lawyers and food service workers, CEOs and parking lot attendants. Everyone benefits. Education is no simple rising tide; it is a wave, a tsunami, a tremendous force for change.

We knew this, and for years we watched it work. For generations. The result was the American Century, a middle class revolution built on public investment in knowledge, creativity and growth. America led the world, leadership funded by all of us.

We could get back there, but not by ignoring the cost. We must spend wisely and choose which bills to make our own. Education is one that belongs to all of us. 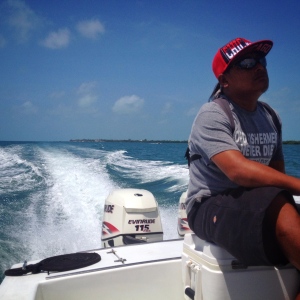 The Washington state ferry from the San Juan Islands to the mainland was the end of the trip. It’d been a day of chasing whales—an orca museum combined with Lime Kiln State Park, the best spot in the world to see whales from land. We did not, however, see any whales. Tim, Lev (Tim’s two-year-old son) and I had made a day of it, but now we were on our way back to Mount Vernon, Wash., and Tim’s farm.

Then an announcement came over the loudspeaker: “There will be a presentation on whales at the rear of the boat. Anyone interested is welcome to attend.”

Whales. I’d be there.

The naturalist presented to several rows of kids and families, but the kids quickly lost interest. I stayed, peppering her with questions about orcas. And she told me something peculiar. I was asking if changing ocean temperatures were causing more interactions between local orcas and great white sharks, and if so what was the outcome. “It’s pretty remarkable,” she told me, “they are meeting, and they fight. And when they fight the orcas win.”

“The orcas are pack hunters,” she said. “The sharks are loners. The orcas have learned that if they can flip the sharks upside down they essentially can put them to sleep. Killer whales are smart enough to take advantage of that fact. They’re pairing up and using the technique to put the sharks to sleep. Then they drown them.”

Whale versus shark, the whale wins. Awesome. And what’s this about putting sharks to sleep?

Less than a week later I found myself in Belize, snorkeling “Shark Alley” on the second longest barrier reef in the world. The sharks there are nurse sharks, a tame cousin to the white shark. Our guide Carlos took the opportunity to demonstrate exactly what the naturalist 2,600 miles a way had explained—he swam directly over a 6-foot nurse shark, put one hand on its back, another on its belly, then rolled. Instantly the shark went limp. He carried it in his arms and swam it over to us, let us pet it and touch its skin.

I wanted to try. I could see them swimming just six feet below, brown arcing bodies in the reeds. I dove down several times before I could work up the nerve to touch them. But then I went after one, put my hand about where its shoulder blades would have ben if the man-sized shark were human. Its skin was course as sandpaper. I swam with it, tracing its path, one hand on its back, then kicked myself down close and slid the other hand under its belly. We were tight together then, the shark and I. I rolled.

The shark rolled with me, and as it flipped and its belly rose toward the surface it went limp. I held it close, kicked my way upward, cradling the ancient beast in my arms. It felt about like holding a worn out Rottweiler in my arms—things were fine, but how long would they stay that way? After a few kicks I rolled the shark back over. It flicked its tail and instantly resumed swimming. I released my arms. It carved away.

I did this three times. One of the group members caught it with a camera. 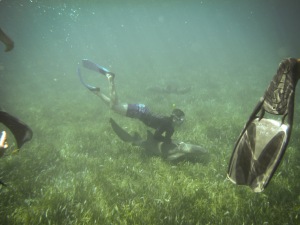 It was amazing to be so close. I have since learned that what our guide was doing is frowned up, and that I shouldn’t have followed his example. I probably could have guessed that had I thought about it, but I didn’t. I looked to him for direction, and when I saw an opportunity to do something that scared me, something that seemed both amazing and stupid at the same time, I swam at it full steam. Literally. And so I got to carry a shark in my arms. Life is an experience and that was a unique one, even if it was foolish, illicit and perhaps damaging. Now I know. So don’t flip sharks. But it works. Orcas do it, and I have too. 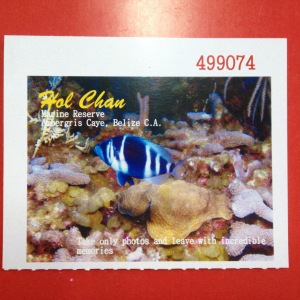