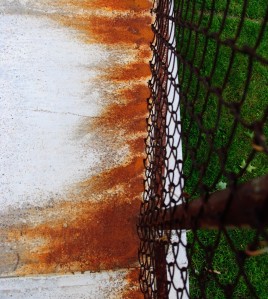 I heard about this while listening to NHPR, and though I haven’t listened to it yet I read the short version. It profiles Pittsburgh, a former steel town that now is trying to find its place in the present. (Incidentally, isn’t it great how sports teams used to represent the industrial? The Steelers, from a steel town; the Pistons, from the nation’s auto capital; the Bulls, from Chicago, the slaughterhouse city. A great history I think people forget.) Berlin could be in the rust belt, only instead of cars or steel it’s trees. But the struggles are the same. What’s next? they are asking in Pittsburgh, Ohio, Michigan and other states. I thought the parallels were apt.

Update: Listen to or read the complete story here. Or just sign up for the podcast; Marketplace never disappoints.

Along the same lines, someone recommended this to me as well, which talks more about the rural brain drain, something northern New Hampshire knows well.
I don’t know how anyone will use this information, but understanding the problem helps when formulating the solution.

On another note, as I drove home from the coast of Maine this evening I caught part of a radio talk show where the host was criticizing the President from a conservative slant that had little regard for the facts. I don’t have a problem with criticizing an administration, Republican or Democrat, but nonsensical ramblings with obvious biases do nothing to further discussion. Neither Keith Olbermann’s observations about the Bush administration nor Bill O’Reilly view of the Obama administration did anything constructive for the American people, and it is a shame millions of people’s minds are swayed by these men every day.
Berlin has to deal with the same kind of bias. When the mill was there residents dismissed the stink as “the smell of money,” I’ve been told. The money is now gone, and the city has to toughen up to the insults. There is no appropriate smug response today. The city can’t let the criticism get it down — heed the part that is accurate and let the rest go. Residents have to take a hard look at every aspect of the city in its current iteration and decide what to shed. That task can’t be taken lightly, and the city should never lose its sense of history and community, but it has to be done. No matter what the city does, there will invariably be detractors who have no investment in the community. Or there will be those people who are still trying to get past their own hangups associated with Berlin. Everywhere I go I hear this negative perspective. I heard it before I started working for the Reporter. Some of the criticism is valid, but much of it isn’t, it’s inane mudslinging, like that of Olbermann and O’Reilly. I have time to engage in discussions with thoughtful people who have misperceptions about the city; I don’t have time to argue every stupid comment someone makes. But someone has to, because there are people out there who take these nuts seriously. Just like Olbermann and O’Reilly, these people have followers who listen. It’s sad that Berlin has such an uphill battle, fighting bias along the way, but that seems to be a tenet of our society today. Get over it, ignore it, and formulate a plan to deal with it. Make the moves forward, regardless of what detractors are saying.

By the way: Both FOXNews and MSNBC are sad examples of news networks. I feel bad for anyone who watches either station. Watch both at the same time and you’re brain will catch on fire.

One thought on “Not Alone, Against a lot”