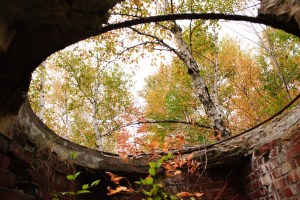 What does it mean to be post-industrial? I was walking around one of the Berlin parks this evening, and I was able to wander through the relics of the bygone era—the remnants of industrialization. It was like walking through Stonehenge, with echos of history that don’t make sense in the modern era. While I enjoy the traces of the past, the city itself is still trying to figure out just how to move forward.

Do people miss the mill and that industrial era? I never saw it, but I’ve heard about the heyday of Berlin. It sounds wonderful, and at the same time terrible. How do people feel about the transition that has occurred over the last half-century? Is it better to live in a city with clean air and empty storefronts, or was it better to itch for the weekend to go to camp but have money in your pocket? I’ve heard a lot of nostalgia for the old days; is it real? Given the choice, would residents go back to that?

I wonder if people see the circumstances Berlin faces as a blessing or a curse. True, there are lots of empty houses that occasionally catch on fire, and there are poor people moving in because of the low rents, but there is also a grand history and an infrastructure the city can now leverage in new ways, ways surrounding communities don’t have. The assets of today are the remnants of yesterday. Which era would you rather be in?

4 thoughts on “Definition of Post-Industrial”