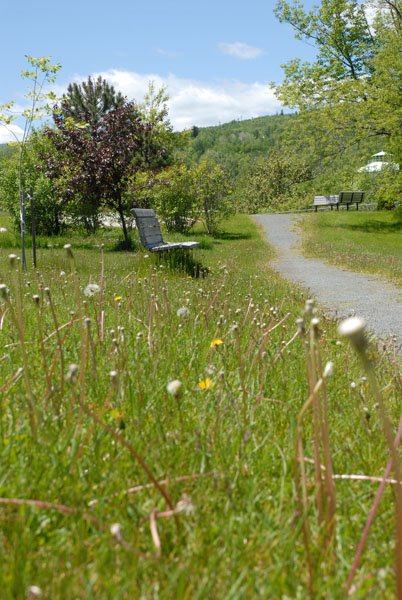 Heroin. I’ve wanted to write about it for a while, about addiction and its affect on our state, our communities, but what do you say? It’s a drug, cheap, powerful and terrible. It destroys lives, families, futures. Column finished.
But it’s not that simple. Heroin is a symptom, the smoke that evidences fire. The actual disaster, however, runs deeper.
I’ve written several stories on opiate addiction, interviewed local officials, pulled court records, police logs, etc. A few years ago it was pills, but now it’s the street stuff. The tools themselves change, but the underlying story remains — people caught chasing the sweet release of poppies.
Among the conversations I had while writing those stories was one with a treatment specialist. Back in the 1960s and 1970s, he told me, during the Vietnam War, thousands of soldiers became heroin addicts. It was in easy supply in Southeast Asia, and in the chaos of war GIs turned to drugs to cope. There were fears at the time that returning troops would flood the streets of America as addicts, still searching for a fix.
But they didn’t. The flood never came. The soldiers returned home and settled back into their lives, rejoined their families and got jobs. They put the needles down and stepped back into the world.
That was 40 years ago, a very different world. Today the drugs are cheaper and more powerful, and many get hooked at the hospital, not at war. But the addictions remain, and this time they hold. They do not let go when people get home.
So what is different? What made it possible for veterans to let go of something that today swallows so many?
Community. Family. Opportunity. Connection. Those were the things that soldiers came home to, the treatment specialist told me, and they are missing now. The world is different. Decades ago returning veterans plugged back into communities, family units and an economy that was anticipating them, hungry for their participation. They came back to something, became part of something. They turned to heroin and other drugs to cope with a war, when they were lost and alone and disconnected, but upon reentry they found themselves surrounded by all the things that make life rich. In that environment, the needles lost their appeal.
When I look around today, that explanation makes sense. The land of the lost has migrated. Today we call it home.
What are the middle class opportunities today, the jobs that take those millions of Americans from struggling to standing on their own two feet? The mills are gone. So are the furniture making and logging jobs. Elsewhere it’s the auto industry that has evaporated, and the steel industry. And fishing. And manufacturing. Those places that four decades ago offered a stable middle class life to millions willing to work hard are shrinking or gone. They’ve been replaced by Walmart, by openings at hotels and restaurants, by service industry employment that makes ends meet only when you have two or three jobs.
Those are the opportunities now open to the same people who were once the backbone of America’s manufacturing might — the hardworking high school graduates, the people with “some college” or even degrees. No longer building, they instead serve, and they struggle to survive.
Families, meanwhile, have also splintered. The social fabric is now torn, and where parents and siblings might at one time have had the resources to catch a loved one slipping through the cracks, today everyone sits close to the edge. Parents whose retirement evaporated in the 2008 housing crash are in no position to buoy up their grown children in moments of crisis. It takes two incomes to build a life today, but families are split by more divorces than ever. Everyone is caught alone in their own race against insolvency; there is no time to look over your shoulder to check on someone else.
This stark landscape is now the foundation of entire communities — people struggling and alone, disconnected, unable to make ends meet, unable to look out for one another. The economic and family demographic transformation of 40 years, has wreaked havoc on the larger social structure that once made neighbor accountable to neighbor. More and more we are alone.
The Granite State in particular, with “Live Free Or Die” emblazoned on our license plates, takes pride in its independent streak. But in this instance our independence exacerbates our isolation — fierce libertarianism and community make confused bedfellows.
This is the land we live in. It may not be your reality, but it is the reality of many of our neighbors. They struggle to survive, to make ends meet, often alone or in relationships caught under massive strain, few family or community supports available as buffers. They are never far from the cracks, their options few and dwindling in a world with seemingly less and less space for them. A health problem, car issue or home repair can easily push them over the edge.
So, like the soldiers, they turn to drugs.
Like the soldiers, they turn to something that lets them escape reality, frees them for a moment from unsustainable lives. Like the soldiers, they turn to something to forget today, what they saw and lived, the sadness and disconnection, if only for a moment.
The soldiers, however, eventually got to come home. Our neighbors are not so lucky. Heroin is the smoke, but the fire is in our homes. In our families, our communities, our economy. Put out the flames, and the smoke will dissipate.
Our neighbors, then, will come home too.

This story appeared in the Conway Daily Sun in January 2016.