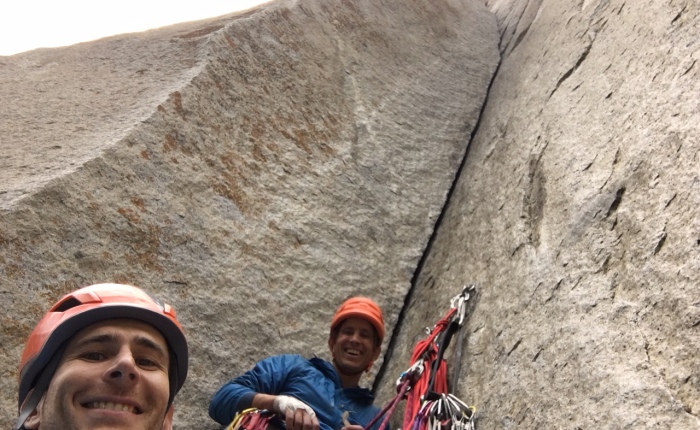 Not every project goes down easy.

Then there are those that take years.

I remember the first time I read about Astroman. I was 19, only a handful of leads under my belt. I’d never been to Yosemite, or anywhere really. I’d grown up climbing on scrappy crags on the coast of Maine, made my way to the Gunks and Adirondacks and now was out in Colorado for my second try at college. But the plan was really to climb—Eldo and South Platte rock, ice in Ouray and Vail. School was an excuse to play in the Rockies.

That’s where I first I read about it, “The best rock climb in the world.” 12 clean, hard pitches up the steep east face of Washington Column. The Enduro Corner. The Harding Slot. First ascent by the Stonemasters. Freesoloed by Peter Croft. This was the land of legends.

I, meanwhile, climbed 5.8. I carried around a rack of hexes like cowbells, and if there wasn’t some kind of sling running bandolier-style across my chest I wasn’t leaving the ground. My rope had never seen a leadfall. Astroman was a dream, a myth shrouded somewhere in the distance. I had no idea what such a thing truly meant.

15 years, however, has a way of changing things. Some projects, afterall, take years.

My first swing at the legend was six years ago. My partner Jim was an old school hardman, the kind of guy you want on an over-your-head mission. I’d climbed a lot of Valley moderates, long free climbs up to 5.10 or those with short 11 cruxes, and put few walls under my belt. Now I wanted the prize.

We warmed up, got ourselves reaquainted with the physical nature of Yosemite climbing, and then got on the Rostrum, the supposed training-wheeled version of Astroman. The route went, with Jim and I onsighting pitch after pitch of perfect crack. The 11c crux fell quickly, a few pulls on fingerlocks. The only ugliness came on the offwidth, which I grovelled up pulling on cams. It was a good reminder that in Yosemite the wide is often the crux.

We topped out and over pizza made plans for the main event: rest, then Astroman.

If only things always went according to plan…

We started early knowing the route might need a long day. Jim strung together the first couple pitches. Soon we were below the Enduro Corner, a shimmering dihedral of overhanging thin hands. I racked up.

It started well, I felt solid on the jams, stuffed gear as I climbed. But the Enduro doesn’t relent: 40 feet later I was still in small hands, then still 30 feet after that. Then it pinchs down. The feet were small, the rock so clean it felt like glass.

I fell. I fell again. And again.

Soon I was aiding, so gassed I could barely bare to shove my fingers into the crack. I was miles from the anchors. I shouted “Take!”

And again. And again. The pitch felt went on forever. Barely a jam or a stance revealed itself anywhere.

Astroman. The stuff of legends.

By the top I was dry-heaving, my skin was in tatters. My tremendous rack was gone. I built an anchor and just sat down, dejected. This would not be the day.

When Jim made it up he looked at me. “Let’s do another pitch or two and get out of here,” he said. I nodded, still too tired for a discussion. We climbed two more pitches to the base of the Harding Slot and bailed. The greatest rock climb on earth would have to wait.

Fast-forward six years: February 2016. A group of friends are planning a climbing reunion. We met climbing in the Caucasus Mountains of Armenia and Georgia, and now our Armenian host was coming to the States to sample American rock. I called my friend Andre: “Yosemite. Will you meet me? I want to climb Astroman.”

It’s funny how an idea can endure, how it can stick in your brain through tremendous changes and come out unscathed. Barely out of high school, more a hiker than a climber, I first fell across Astroman, printed myself a rudimentary topo. Now 15 years later, just off trips to Cuba, the Caucasus and Scotland, I was itching for another swing. This, I figured, was my shot. 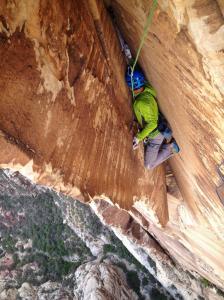 We met in Indian Creek, started the tour with sandstone splitters. From there I took a detour to Castle Valley and a quick run up the North Face of Castleton, then on to Red Rocks, where the Armenian (his name is Mkhitar, which he helpfully shortens for Americans to MAH-heek) and I ran up the nine-pitch Texas Hold Em. Things felt good. Astroman was waiting.

But the Valley is not the desert, as Yosemite would soon remind me.

We crossed through the tunnel into Yosemite Valley at midday. We were packed and ready: I wanted a shot at figuring out the Enduro Corner moves, to treat it like a sport climb almost, so at 2 p.m. we started up.

It was hard, but not impossibly hard. I found feet, and rests, and places to jam. But I still took. A lot. The pitch would go, but it would be no easy feat.

The next day we came back, Andre wanted his shot. We were fired up for the top; after the rehearsal the day before we thought it might go. But it was to no avail. The Enduro spit Andre out, left him as smoked as it had left me. We climbed to the Harding Slot and descended.

No big deal. We had time. 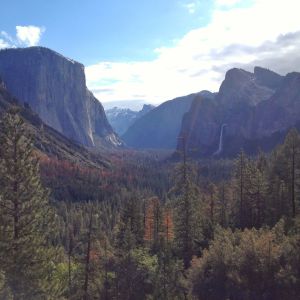 A few days later we were back. We eschewed the second rope, got an early start, sprinted up the first few pitches and were soon looking at the Enduro once again.

I started up. The jams felt solid. I dropped in a cam, climbed, then dropped in another. I punched it, placing less than I’d like but enough to be safe. The clock was ticking. The first rest was 40 feet up, a handjam with a stem. I had to get there. So I went.

Over our repeated missions I’d discovered enough jams of substance to know I could hop between. It meant running it out a bit, but cams in amazing granite kept it safe. I jammed, placed, then punched it. Again. And again. Soon the end was in sight.

Then my foot popped. I was off, flying through the air.

It was a lie, I was pumped, but I wasn’t out of gas. Inattention that caught me, poor technique, not a lack of forearms. I yarded back to my last piece, got back on route and climbed to the anchor.

Andre was next to me a few minutes later. “Well,” he said, “what do you want to do?”

“Keep climbing,” I said. “I want to send that pitch, but we might as well keep going up.”

The fall, however, broke my resolve. We climbed to the Harding Slot, which I started up, but when things started turned physical I backed off.

“I want to send this thing for real,” I told Andre back at the anchor, “not hangdog my way up it. I want to go down and come back later.”

“Later?” Andre said. We had one day left, and neither of us would be in shape for another go tomorrow.

But some projects take days; others, weeks; others, months. And some last years. The best climb in the world would have to wait.

“Later,” I said threading the rappel.

This piece appeared on the Trango website. Trango generously supports my climbing, so please check them out, buy their gear.