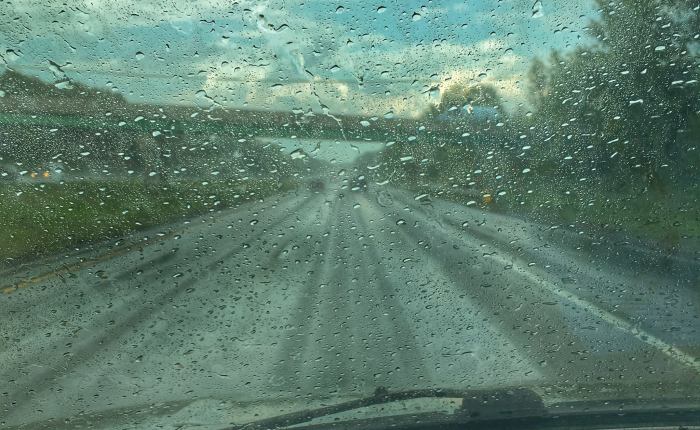 We are all part of a tribe. Family, community, state, country, it all comes out from time to time.

The Olympics, pitched as an instance of the world coming together, is one example. Countries meet on a global playing field, a time-honored tradition in camaraderie. But what is it really? Competition. Nationalism. The chants of “U.S.A.! U.S.A.!” that fill the stadium are a tribal call, a celebration of divisions, not just unity. It is about us and them, and us. Most of all us.

When Ryan Lochte acts like an imbecile it is not an individual insult but a tribal shame: “the ugly American abroad,” an old tribal stereotype. “He gives our entire delegation a bad name.” How true, a slandering of our tribe.

The Olympics are over. The overt national call has come to a close. But our tribalism has not. It never comes to an end, it is baked into the American fabric.

Some versions are ugly, acute reminders of the stereotype Lochte stands accused of reinforcing: the Ugly American. Those live in the political chants of Americans insistent on restricting entrance or accommodation based on religion. “No more Muslims” has somehow become its own tribal call. Same with “no more immigrants.” This in a country founded by immigrants, built on the principles of religious freedom.

The Ugly American indeed. But tribalism is emotional more than it is logical, it doesn’t always make sense.

Not every vision of tribalism is so bleak, however.

This summer I drove across the United States. First one way, from New Hampshire south to North Carolina, then across to Kentucky, Colorado, Utah, California, then the other, from Washington state back to Colorado and across the long green center to the Mid-Atlantic and the North. Back to New Hampshire, from the Sierras to the Whites, from one unending blue to the other.

In the eastern plains of Colorado I pulled off at a rest stop. It was a warm morning, yellow grass swaying in the breeze. I got out to stretch my legs, hit the bathroom and filled my water bottle. I was roughly 30 hours from home, a long stretch of road before me.

Across the way two men stood outside a green Honda Civic. They were scruffy, their clothes dirty. Modern hippies, maybe homeless, likely both. One had dreadlocks. The other held a leash that ran to a small black dog. Someone had written “Live Free or Die” in white paint along the Civic’s trunk. The dreaded man looked at me, nodded his head, smiled, and then pointed to his license plate with both hands like a maitre d’ showing me to my table: New Hampshire. The Granite State. “We are of the same tribe,” his smile said. I smiled back and waved, then steered toward the highway. Indeed.

A thousand miles later it happened again, this time crossing Ohio: A young man in a low-set Acura slid along the highway. He was driving fast, faster than I would have, weaving his way among the traffic. I saw him approaching in my rearview. I held my course to let him pass.

But when his window was adjacent to mine he slowed. When he paused, I looked. He stared back at me, probably in his early 20s, dark hair, a quintessential college kid. He smiled, raised his fist, quickly pumped it twice and then sped up, crossing back into my lane just in front of me. His plate: New Hampshire, the first I’d seen since Colorado.

What happened next is he slowed.

Not fully, but enough that his message was clear. “Follow me,” he seemed to be saying. “You speed up a little, I’ll slow down a little, and we can band together to cross this Buckeye State highway. As Granite Staters.”

And here’s the thing: I did. I don’t know why. Maybe it was the months among American foreigners, of being surrounded by cars from California and Colorado plates, Kentucky-ites and Utahns.

The poignant reminder painted in green script and shadowed by a fallen Old Man was enough to push my foot on the accelerator. Maybe it was seeing someone call to me in brotherhood despite having no idea of my name. But cruising along I-70 with no reason to speed up beyond the wave of a non-friend I decided to exceed the posted limit a little more.

I lost him somewhere around Columbus where I-77 turns north. He pulled away amid the congestion, and like a cyclist too weak for the peleton I drifted backward. I didn’t find him again. And I was staying on I-70, driving east to see a friend in Philadelphia, my license plates having left out the full story of my destination. But I still smile as I think of him, a lone warrior whose befriending me stood on nothing but my tags. A true tribal spirit.

Maybe it’s only among foreign shores that such tribalism is born. In the West, highway speed limits read 75 mph. With cruise control pegged at 85 I’d find myself weaving past cars, flying faster than the flow of traffic. Weeks later on my return home through New York the posted limit read 50. I again pegged cruise control at 85, but this time I was the sluggard, a slow motion impediment crawling along the pavement. Empire State plates shot past like I was riding a farm tractor.