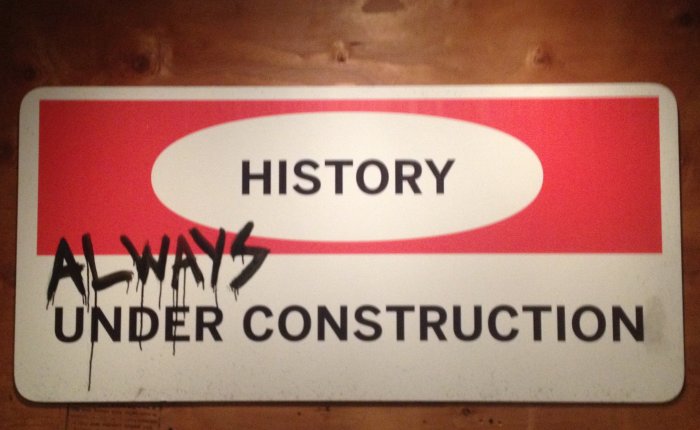 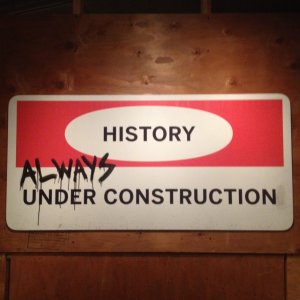 “Locker room talk” is a catchy phrase and now the talk of the nation. Never have the tiled quarters of towels, benches and shower stalls garnered such attention. It is, however, a presidential year, so no wonder.

It’s been interesting to watch lines drawn around Republican nominee Donald Trump’s comments, “locker room talk” or “sexual assault” depending on your political leanings. His supporters rallied, some Republicans used the comments to justify severing support, and opponents pointed aghast saying, “See! See! We told you!”

But Donald Trump’s comments don’t make him a monster; they put him squarely within American culture. They mark him as an American male, the personification of American masculinity stated in stark terms, its dark edges exposed, things we don’t often dwell upon out. His “grab them by the pussy” comments are not so far fetched or outlandish, not as far afield as many claim. This is the raw of American male conversations on sex, particularly among young men — proud, boastful men still finding their way across the landscapes of adulthood.

Trump’s comments shine a light into a world we look to ignore. Not a political point; this is a truth about us, about American male culture and the customs we carry. Donald Trump is no outlier here. He lives squarely within the American psyche, the sexual culture we cultivate. This is about American men, our mores and a tradition of celebrating aggression.
Sounds dramatic, but it’s not meant to be. American men are not predators. But we carry a school of conditioning, a cultural norm: From a young age, American men learn to talk about sex in grand terms. Sex is not a subject to ask questions about, something for discussion, learned easily within our social network. It is instead something to boast about, a way to prove your position within the pecking order. If you are an American male you’ve seen this before: raunchy conversations where participants compete to be the most brash, the most raw, the most confident and loudest. If you’re an American male, chances are you’ve felt your place within the hierarchy, and you’ve probably either striven to prove yourself or else felt ostracized by it. Likely both.

From middle school on there is pressure to conform, pressure to be the most experienced, the most promiscuous, the silverback, the alpha. Sex talk, “locker room talk,” is never gentle, thoughtful or considered. It is “grab them by the pussy” and worse. This is how we grew up, our sexual education. It is where and how American men learn to talk about women.

Most men don’t act out these lessons. For most it is a show, a performance we make to fit in, part of joining the tribe of our peers. It does not become foundation for sexual assault or sexual violence but remains the bluster of “locker room talk.” Is it necessarily happening in locker rooms? No, but make no mistake, it’s happening.

And that bluster does two things: It leaves young men and boys feeling ostracized, wondering how their peers know so much about sex when they themselves are clueless (despite whoever or whatever we just claimed to have carnal knowledge of), and it permanently impacts the language we learn to use around sex, the character of the conversation we embrace. We adopt the swagger and bravado to fit in, and it is the swagger and bravado that make us afraid to ask questions, afraid we are the only ones who don’t know. To speak in opposition to the boasting rhetoric becomes unthinkable — it risks exposing ourselves as ignorant children, fakes. And with that coincides a tumbling loss of social position, a risk we cannot take.

And if men know the bragging and rough talk, women know the ignorance, the bumbling, the delicate male egos propped on false claims of past deeds. This is our “sexual education,” the path carved for young American men and women to reach adulthood, our incubator for home, family, partnership.

And it has consequences. It leaves young men groping to prove themselves, to show they are who they say they are. From private New Hampshire high schools to the swimming pools at Stanford we’ve seen young men from the top of the pecking order strike out, thrash their way into sex rather than risk a question, an about-face. Boys employing the crude tools our culture has equipped them with.

But they, too, are victims. They are victims of our collective unwillingness to talk openly about sex, our timidity and our vision of American maleness. They grow to be men never baring their ignorance, never risking what they don’t know. They learn only through thrash and bluster, bumping their way down the hallways. Then they have their own boys, and the cycle continues.

Donald J. Trump. Alpha. Silverback. He stormed the pecking order with braggadocio, and now like so many of us he cannot risk an about-face. He is a man, built of words like so many other men. Some of us may fumble our way out of the locker room but still we find ourselves back there at times, fighting our way within the hierarchy. Billy Bush, the other man on the Trump tape, knows that fight.

What that tape shows us is ourselves. This is how we as Americans engage in conversations about sex. We learn young, and we learn well. Maybe we spend the rest of our lives unlearning it. But this pattern shapes our perspectives, forms our culture. And what we never learn to say shapes our children.

And so we should be grateful to Donald Trump. Because this conversation is one way overdue.