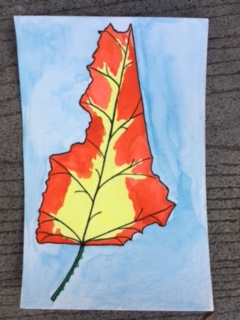 When it comes to voting for federal office in New Hampshire this cycle we don’t have a lot of choices to be excited about; both the Republican and Democratic tickets are bleak. At the top is Donald Trump, clearly unfit to lead, or Hillary Clinton, the consummate politician. One step below is the U.S. Senate where Gov. Maggie Hassan is hoping to unseat Sen. Kelly Ayotte, two candidates more astute at political maneuvering than practicing leadership or instituting policy. Two strikes for the federal ballot.

Then there is the race for Congress: incumbent Frank Guinta running against former representative Carol Shea-Porter in the fourth matchup between the two. These two have gone back and forth, and every time the seat flips.

Why? Because it doesn’t matter which one is in office, both have proven uninspiring. It’s another version of the races above it, but it’s also worse: Guinta versus Shea-Porter is more bad TV, but in this race we have to watch a rerun.

In one sense we’re lucky: In a country where almost every congressional seat goes to the incumbent it’s a rare thing to see a contested race. But it hasn’t done us any strategic favors. Rep. Guinta has members of his own party (including Sen. Ayotte) suggesting he resign following his finance scandals, and still Shea-Porter is unable to trounce him.

Is that because Guinta is likeable? Nope. He’s come by the Sun a number of times, and each visit is reminiscent of a sitdown with a used car salesman.

But Shea-Porter offers nothing more promising. Both candidates sit square within their parties, basically stooges for Washington games. If a bright idea has come from either it never made it to paper.

But in the house race 2016 isn’t a rerun. We finally have a chance to watch something other than the lumbering Shea-Porter-Guinta-Shea-Porter drama. This year there is an Independent in the race. And Shawn O’Connor is a guy worth voting for.

Who is O’Connor, and why haven’t you heard of him? I hadn’t heard of him either before he came by the Sun office earlier this month and introduced himself. O’Connor is an entrepreneur and businessman from Bedford, the founder of Stratus Prep, a test preparation and admissions counseling firm, also the founder of the Stratus Foundation, a nonprofit the helps underprivileged kids access college prep services. He earned an MBA and a law degree from Harvard and studied international politics at Georgetown as an undergrad. He graduated all three with honors.

He’s smart, but more important than that, he’s reasonable. And unlike his predecessors, he’s without puppet masters to pull his strings; he’s running as an Independent, and in his case that means truly independent.

The Guinta-Shea-Porter brawl is loud. So you might have to turn down the volume to find O’Connor. But if you do you just might find something you like. Here is a thoughtful, considered candidate running for elected office, the kind of person who usually steers clear of Washington, or else is corrupted by it. He has ideas for addressing healthcare, minimum wage and social security that pull from both conservative and progressive corners, taking the good ideas from both and applying them to American problems. With no ideological allegiance and a background in business he’s a free man, something Washington lacks.

And what’s more, he’s already made his money. One of his pledges is to donate the bulk of his Congressional salary, roughly $160,000, to a charity selected by an independent board. He’s not going to Washington to help himself.

To be clear, as a New Hampshire reporter you sit through a lot of interviews. Politics is kind of New Hampshire’s thing, and as a result we bat around ideas with everyone from presidential hopefuls to prospective school board members. And often these editorial board meetings feel like a game of cat-and-mouse with the candidate unwilling to say anything concrete and the team of reporters chasing them to nail down a policy position. The best escape artists (Mitt Romney comes to mind) evade every attempt like a bullfighter avoids the horns. Lesser versions (Newt Gingrich, Marco Rubio) do it with less grace, but all of them come off feeling insincere.

Guinta and Shea-Porter (and Hassan too) always struck me as part of Team Insincere, team bullfight. They’re of the ilk who will say anything to win election, always trying to escape their own records and avoid firm points.

O’Connor, meanwhile, sat in front of us and took thoughtful, nuanced policy positions. He avoided partisan rhetoric and instead carved a platform in part conservative, in part liberal. His talk truly earned the label “Independent,” was the kind of candidate you can actually feel good about sending to Washington.

That’s a rare thing these days. Most races are about selecting the least poor option. O’Connor flips that on his head.

But can he win? That’s the question. As he pointed out, New Hampshire is the New England state with the widest independent streak but Maine, Vermont and Connecticut have sent Independents to Washington. New Hampshire could do it too. Voters just have to demand service, not politics, from their representatives. It was talk reminiscent of Ray Burton, the longtime executive councilor who cared more about his constituents needs than their party affiliation. Since Ray passed no one else has picked up the mantle.
O’Connor can change that. He is a candidate for all of us, not one stuck to the margins. He claims to want to Washington to support New Hampshire’s people as opposed to a party. Neither Guinta nor Shea-Porter have done that. Maybe it’s time for a change.